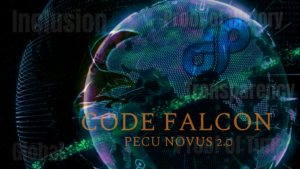 Pecu Novus is a layer-one blockchain network that was built in 2017, originally geared towards solving inherent issues with conducting global business. In March 2022 a new age has come with the step by step roll out of Pecu Novus 2.0, this is a complete overhaul of the entire network. This has been underway in the development phase since late 2021 under the guidance of MegaHoot Technologies.

The overhaul has been dubbed “Code Falcon” and the results are a fully functional mainnet with the ability to dynamically split and shard automatically as the need arises. This has done a number of things for the network such as increasing the speed and scalability, so as the usage increases the network will expand dynamically to meet that demand.

It also allows for increased security protocols to be put in place to protect the network, network members and the developers that will be building platforms on the backbone of Pecu Novus. Additionally it will increase the decentralization of the network while keeping the network member experience robust with platforms that are simple to use.

Through the use of Proof of Time,  not Proof of Stake, it has allowed Pecu Novus to increase inclusion based on the efforts of each node validator, which holds true to what technology is supposed to do, include all people. So anyone can actually become a Validator without any coding knowledge because the client is autonomous with no coding involved. Validators that put the effort in to actively run a simple client on their computer with an internet connection does a few thing such as helping to strengthen the security and speed of the network. For this the Validator earns rewards for their efforts.

The Proof of Time concept has allowed Pecu Novus to be a carbon neutral network while allowing for mass inclusion. Security is always at the forefront and with MegaHoot Technologies’ proprietary security protocols in place across the entire ecosystem, it will protect network members, their digital assets on the network, decentralized apps and enterprise level members. 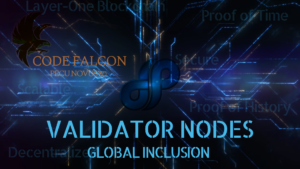 Validator nodes on the Pecu Novus Network are autonomous and they are low powered. The interface is self driving and requires no human intervention, just simply an internet connection. There are no complex equations to solve or any PECU that has to be staked in order to run a node. There is no coding involved, basically it is a plug and play scenario that has a rewards system based on the efforts of the Validator.

They are not based on Proof or Work or Proof of Stake. It is based on Proof of Time. In short the time a node is live is what dictates the PECU reward received. This allows for inclusion of many network users globally to participate in the growth and security of Pecu Novus while earning rewards based on their efforts. 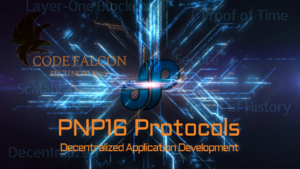 The PNP16 protocols allow developers to onboard both centralized and decentralized applications on the network via SDK’s in various formats that would benefit the growth of the Pecu Community.

Pecunovus.com uses cookies on this website to give you the most relevant experience by remembering your preferences and repeat visits. By clicking “Accept”, you consent to the use of ALL the cookies.
Cookie settingsACCEPT
Manage consent

This website uses cookies to improve your experience while you navigate through the website. Out of these, the cookies that are categorized as necessary are stored on your browser as they are essential for the working of basic functionalities of the website. We also use third-party cookies that help us analyze and understand how you use this website. These cookies will be stored in your browser only with your consent. You also have the option to opt-out of these cookies. But opting out of some of these cookies may affect your browsing experience.
Necessary Always Enabled
Necessary cookies are absolutely essential for the website to function properly. This category only includes cookies that ensures basic functionalities and security features of the website. These cookies do not store any personal information.
Non-necessary
Any cookies that may not be particularly necessary for the website to function and is used specifically to collect user personal data via analytics, ads, other embedded contents are termed as non-necessary cookies. It is mandatory to procure user consent prior to running these cookies on your website.
SAVE & ACCEPT
error: (c) 2021 Pecu Novus - Content is protected !!